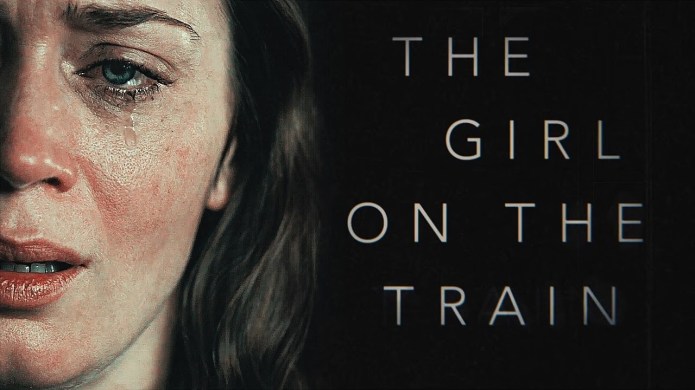 Just the other day I was thinking about the lack of fearful lady antagonists in films and television. Off the top of my head I could think of two females that scared the shit out of me. Annie Wilkes in the Stephen King adapted film Misery and Amy Dunne in the Gillian Flynn adapted film Gone Girl.

By mere coincidence, the strangeness of the absence of the psycho female role came up again as I sat down to watch another book adapted into a movie. This time it was The Girl on the Train by Paula Hawkins.

This film engaged my attention all the way through. But the ending got me back to my original question. Why does Hollywood fear villainizing female characters?

Spoilers for The Girl on the Train and Breaking Bad below:

The reason I bring up the lack of fearful ladies in movies is because of my enjoyment (and subsequent semi-disappointment) of the movie The Girl on the Train. What started off as, “wow Emily Blunt is scaring the shit out of me” in the lead role of Rachel Watson ended with, “oh she wasn’t psycho all along after all, it was the ex-husband” disappointment.

Not to take anything away from the writer because the film was engaging, difficult to watch (in the best way), and flat out surprising. A twisted tale of lovers torn apart by, well allegedly, an alcohol abuse problem, but more accurately, a spousal abuse problem. It was a dark, deep look into the lives of an alcoholic being tormented by an emotionally abusive male. This movie is not for the feint of heart.

My issue isn’t solely with this film because it achieved it’s goals of being a suspense thriller that offers an important lesson about the dangers of domestic abuse. It even pushed the boundaries for women characters as evidenced by my feelings of unease watching Rachel Watson. That is, until the end, when they pulled the rug beneath our feet and revealed that the ex-husband as the real bad guy. That cliche reminds me of another cliche, one step forward and two steps back for the fear inducing women characters.

My real issue is with Hollywood as a whole, why is it that we as an audience feel more uncomfortable by the idea that a female should not be the psychopath in a film? Why do we as an audience feel relief when the plot twist is revealed and it’s truly the man who has the issues and not the female. He’s a bad guy, she’s a victim. Why does this trope seemingly exist on it’s own while in the real world she can be the bad guy (even the phrase ‘bad guy’ is held back by it’s designation) and he can be the victim?

To fully understand this concept we have to start with the idea of diversity in films. Since movies are generally overrun with white males we have a shortage of unique and well written female roles. As diversity slowly seeps it’s way into the world of film a lot of writers are hesitant to put their diverse characters into the role of the villain for fear of backlash from the community that the diversity is suppose to be celebrating.

For instance, in the 2015 M. Night Shyamalan movie The Visit, the premise was, two children visit the grandparents they never knew they had for a week, only to discover they aren’t quite what they were expecting them to be. Without giving too much away the elderly couple were quite unique roles for actors of that age and could very well be seen as a strong case of diversity casting. But there were some corners of the internet that befouled the film for creating elder-phobia. On the one hand we took a deep dive into the mind of an elder couple that wasn’t about golf or retirement but on the other hand they were the bad guys and only further pushed stereotypes that we as a society should avoid old people at all costs.

My point is, we have entered an awkward era of diversity. Where we want new and unique perspectives and characters but we don’t seem quite ready to expose the weaknesses and rough edges of that diversity. At least not in the immediate mainstream area of film. Most of these boundary pushing roles are probably happening outside of the comfort zone of most movie watchers in some hard to find indie films.

Maybe the general movie audience isn’t ready for the scary as shit female character yet. Or maybe it’s a culture problem in general and we are lying to ourselves about how women interact with this world. Perhaps we can’t quite admit that women are flawed beings that can do terrible things. Or maybe, in general, women characters that exert fear do so in a different way that cannot be showcased in the way we are used to seeing men go about it.

This isn’t some misogynist rant that women are evil and men have been beat up enough. Far from it. My point is, women can be pushed to the edge too. They can do unthinkable acts. They can be less human than they once were. And this can be a hell of an engaging idea to watch on film.

Why, for instance, does Skyler White have the be perceived by the audience to be annoying and one-dimensional for attempting to rat out her husband, Walter White, for running a meth ring? We have done the full circle at this point when Walter White, a murdering mad man fueled by meth metrics, is the misunderstood anti-hero while his naive wife is seen as an annoyance. What happens if we gender swap those roles? Does Breaking Bad become one of the most beloved shows of all time if Skyler White is the too-intelligent-to-teach-high-school chemistry teacher that uses her skills for not so legal purposes? While Walter sits idly by trying to figure out what is going on before reporting her to the cops? Why are we, as a television audience, so afraid of watching a woman’s descent into madness but so enthralled by a man’s?

We like to think of our current Hollywood landscape as being the most diverse it has ever been. And that may be true but at some point we have to stop and ask ourselves, by keeping our diverse characters in a neat and safe box are we helping or hindering the evolution of true human acceptance?