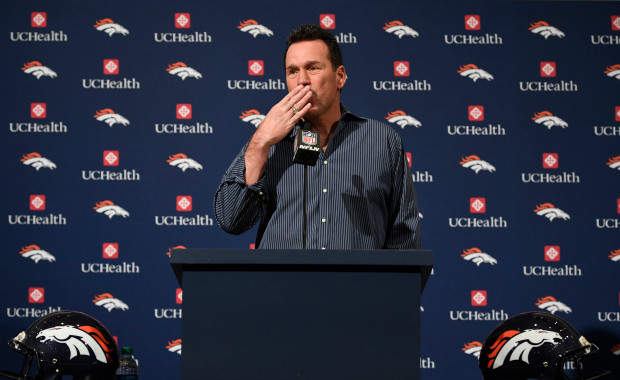 It’s impossible to sum up in just a few paragraphs how much you have meant to the Denver Broncos. Or at least we thought it was. Then Von Miller wrote this classy and sincere farewell to you and made us look bad. We may as well be another helpless right tackle.

Quite frankly, you deserve a lot more than a letter from a couple of fans. As far as we’re concerned, you deserve the neverending gratitude from all of Broncos Country, and free meals at Elway’s for the rest of your life. That probably still wouldn’t be enough to thank you for all that you’ve done for this franchise and this community. A letter certainly isn’t enough.

But we’re going to try and do you justice, Coach Kube. You always gave us your best, so it’s only right that you receive as much from us.

END_OF_DOCUMENT_TOKEN_TO_BE_REPLACED

If you’ve been watching SportsCenter lately, you know that the experts don’t think much of the Broncos’ chances to defend their Super Bowl title. Apparently, the team is about to endure its first losing season since 2010, when some guy named McDaniels was flaming out as a head coach. The losses of Brent (or is it Brad?) Osweiler, Malik Jackson and Danny Trevathan are insurmountable. Never mind the fact that the Broncos had some of the worst quarterback play in the league last season, or that Super Bowl MVP Von Miller and members of the No Fly Zone still spearhead the NFL’s no. 1 defense. The “experts” have spoken and 2016 is going to be a horrible year at Mile High, right?

Well, maybe for Sports Authority, but for the team? Not so much.

I don’t think I have to defend the idea that despite the loss of two starters, the defense will be pretty good again this season. Probably damn good. I also believe that it won’t be overly difficult for the Broncos to improve on their quarterback situation from a year ago, and that is indeed an idea worth exploring. Hit the jump and we’ll take a look.

END_OF_DOCUMENT_TOKEN_TO_BE_REPLACED

I spent the last week trying to make sense of everything that has happened. Last Sunday, the Broncos were primed to make another run at the Super Bowl. The roster was much healthier and supposedly more talented than the one from the year before, providing plenty of incentive to feel hopeful about our chances. Then the game started and all of that optimism disappeared on the horizon as quickly as a winter sunset. Not only did the Broncos get outplayed by an inferior Colts team, but the coaching staff did little to adjust when things went awry and the players went out without so much as a whimper.

This was completely unacceptable, or as John Elway put it so bluntly, if the Broncos were going to lose then they needed to go down “kicking and screaming.” They didn’t, seemingly content with a fourth-straight AFC West title and yet another one and done showing in the playoffs. On a team whose expectations were sky high heading into the season, someone had to pay for such a lackluster, uninspired effort in the first game of the 2014 campaign that truly mattered. That someone turned out to be John Fox.

Flash forward to today and Elway has made the parameters of his revised “Plan A” abundantly clear; in order to claim more Super Bowl titles in the future, the Broncos are going to re-embrace their past. Enter Gary Kubiak, returning to Denver after nine years in a quest for that elusive third Lombardi trophy. It just feels oh so right.