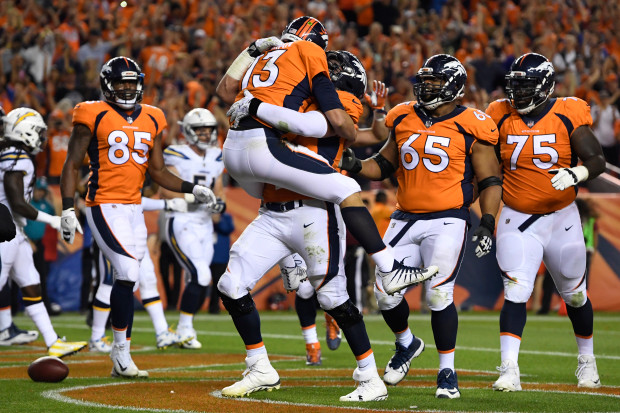 A good rule of thumb is to not overreact to week 1 of the NFL season. You don’t wanna get too high or too low, unless you’re a Bengals fan and you just watched your quarterback toss four picks and your team get shutout. Then you can overreact with impunity. For the rest of us, it’s important to stay on an even keel. Case in point? The Bills, Jaguars and Rams are all currently in first place in their respective divisions.

That’s why I’m trying not to read too much into the Broncos’ nail-biting win last night over the Chargers. On the one hand, it was encouraging to see the team eek out a close game over a division rival in Vance Joseph’s first game as head coach. On the other, it was eerily similar to last year’s opener against the Panthers. The Broncos almost blow a fourth quarter lead, only to be bailed out when they ice the other team’s kicker and then he misses his second attempt.

One game a season does not make, and there were enough promising signs to suggest that the Broncos are improved from last year’s squad that missed the playoffs. That’s why, for now, I’m not going to get too concerned that they may not have improved enough on the flaws that hindered them in 2016, and will happily take the win. More thoughts and analysis (mostly happy) after the jump.