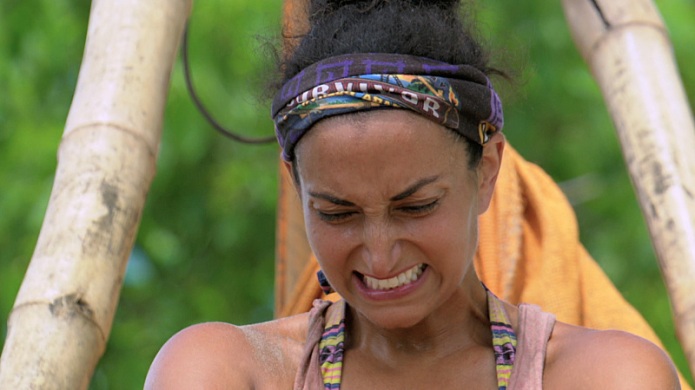 Come on in guys for my Survivor Worlds Apart Episode 11 Review where I use classic Survivor quotes to assess the latest episode.

If you missed it last week I took a break from my usual format to discuss some serious real-life issues being dealt with in Survivor.

Thankfully this week we find ourselves back on track into a lighter, more fun and strategic episode of the show we all know and love.

With that I have brought back my format of using famous Survivor quotes to assess the game. Make the jump with me and feel free to leave a comment!

“I do crossfit Jeff” -Mike

Oh and the Mario Party esque strategy at the reward challenge was pure gold. I really thought for a moment they were going to pull it off.

This is the rare time when people’s dumbness actually benefits them. Dan is in the power alliance of six along with Sierra, Rodney, Carolyn, Tyler and Will. As viewers we are aware that Dan and Sierra are 5 and 6 in the alliance while the others are the Core Four. We know this, Mike knows this and Rodney, Carolyn, Tyler and Will know this. Dan and Sierra do not.

Obviously this has people screaming at their TVs. They want Sierra and Dan to wake up and do something about it! Unfortunately their options are very limited. They can jump ship to Mike and Shirin and either force a tie or use Dan’s second vote to gain control. From there they can easily eliminate the remaining 3 and be the final 4. Sounds easy right? Sure but all Dan and Sierra did really was guarantee a win for Mike or Shirin.

Of course they also moved up their positions from 5 and 6 to 3 and 4. But neither improve their chances of winning. Shirin and Mike are unbeatable at Final Tribal. Dan and Sierra’s best move to win the game, not to advance as far as possible, has to be to go with the Sinister Six. From here I bet they believe they can convince Blue-Collar Rodney to flip and eliminate the others. Or they could use Dan’s second vote to work with Will and bring him to the end. If you are Dan and Sierra who do you want to sit with at the end? Probably Will, Rodney, Carolyn, Tyler, Shirin, and Mike in that order.

So their unawareness of their position in the game actually benefited them by getting rid of a huge Final Tribal Council threat. Of course they didn’t realize it at the time but Shirin already had Joe, Hali, Jenn and Mike’s votes in the bag.

Perhaps they could have swung Shirin’s way this vote and knocked off Tyler and then swung back next week to knock off Mike or Shirin. But Mike and Shirin are dangerous enough that another 3 days of life could prove to be all that they would need to run the table.

Honestly the worst decision was Shirin telling Dan he was an idiot to vote her out. I don’t blame her because she was trying to play as a goat. But I think the smarter play was to build Dan up as a smart player and make it seem like it was his idea to keep Shirin around. Of course she probably believed Dan was too stupid to come to that realization. Which is probably accurate.

Mike was the center of my bamboozlement this week. Or more like, how other players view Mike bamboozled me.

There was a great scene at the reward on the boat that showed Carolyn, Will, Tyler and Dan talking about how Mike had seemingly gone off the deepend. It was brilliant to witness Tyler and Carolyn really pound it into Dan’s head that Mike had lost his mind. They were smooth and they played it extremely well.

What surprised me the most was that Mike didn’t use this to his advantage (or at least wasn’t shown). If Mike could logically break down the situation to Dan I bet he could persuade him to his side. This is how I would break it down to Dan if I was Mike:

At which point I would present to Dan two reasons why I, as Mike, would flip on such a powerful position:

So Dan-O, I have been with you since Moment 1 (picking the beans or idol), Day 1. I have had your back the entire time. Do you really think I am crazy enough to blow a guaranteed final 4? Tell me to my face that I have lost my mind.

That is what I desperately wanted Mike to do. And perhaps he did and it wasn’t shown. And maybe Dan really, truly is stupid enough to think that Mike would just snap.

And the other thing that surprised me revolving around Mike was that he played his idol bluff so well that 2 people on the opposing alliance bought it and voted for Dan. If Mike was truly going to play the idol for Shirin he would have either given it to her or played it for her as a surprise. And unless you are Tyler you might as well call the bluff. Worst case scenario the idol is played and one of your alliance members go home. But then you still have the numbers 5-2 and the 2 on the other side are without an idol and seem even more dangerous than they did before. And also losing Tyler only benefits everyone in the game because he is a major challenge and Final Tribal threat.

Can we all just do what the editors did this episode and ignore Will completely? He only spoke at Tribal Council when Probst called him out on his shit. Let’s all just please ignore this jackass forever.

Rodney and Carolyn are in the best positions. They are the core 2 of the core 4 of the Sinister 6 if that makes any sense. No one sees them as threats and they still have Mike and Tyler as cover before people realize how dangerous they are.

Ever since the merge Rodney’s confessionals have focused on his plan to make his move at Final 7. He has finally arrived there and he has many options. The preview next week shows him losing his desire to play he game. But if he can just hold on a bit longer then he has a really shot at this game. Especially with all the goats lounging around camp.

Meanwhile Carolyn has a secret hidden immunity idol and is getting no attention whatsoever. And she is secretly pretty good at the challenges. Her only problem is she might be lying too low.

Well next week the power shifts to Dan. I wouldn’t say Dan is in control of the game though. I would say whomever is controlling Dan is controlling the game. That eliminates Rodney, Carolyn, Will and Sierra. Which leaves Tyler and Mike.

Tyler is manipulating Dan hard. He is playing it perfectly to his face. Of course he slipped up during Mike’s fake idol play. But he does have a pretty good excuse in that his name was being written down and he had to do something. Ultimately though he seems to be losing his grip on Dan.

Meanwhile Mike used to control Dan 100%. Since then Dan has abandoned Mike but perhaps Mike can woo Dan back. Hey if Lebron can go back to Cleveland then anyone can go back to anything.

I guess I am saying that ultimately Dan does have the power with his swing vote and his second vote. Really though his only power is choosing who will go on to win the game.

Oh man this has been a painful run of Survivors going home. And we finally lost the girl with the most confusing edit. It started off with, what is wrong with this person? Shifted to, she isn’t that bad actually. And then from there to, why does everyone hate her again? And then it was, what the f*** is wrong with these people? And finally to, oh my god she is going to pull off the greatest redemption ever and I love her! Until the plug was ultimately pulled.

Thank you Shirin for playing your hardest and for having a ton of fun. As a fellow superfan it was a wonderful time watching you play the game you love and actually enjoying yourself out there. You loved monkey sex, killing chickens and even getting your torch snuffed.

And most importantly you handled yourself in such an amazing and inspirational way during some horrific circumstances. Your toughness and standing up for yourself has had an huge impact on millions of people. Keep fighting the good fight knowing that we Survivor fans have got your back!

Until next time, I got nothin’ for ya, head back to camp.