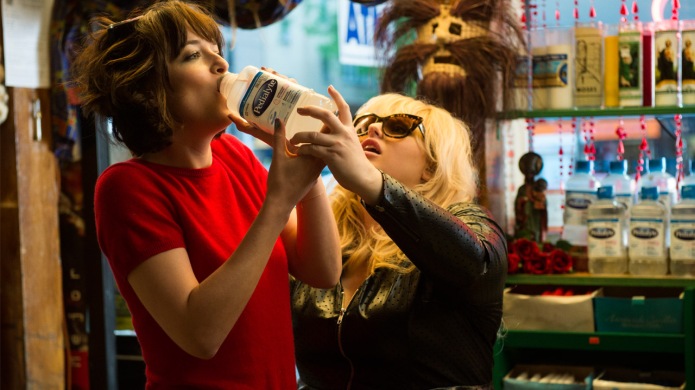 I know what you’re thinking. A week has passed since Valentine’s Day and still no Deadpool review. “But Pegboards loves comic book movies,” you say, “so what gives?” Alright, I said that so you didn’t have to.

The truth is I haven’t seen Deadpool yet. I don’t know if Kevin has seen it yet because I haven’t asked him. What I do know is that when your girlfriend asks you to go see a chick flick with her, you put on a smile and secretly hope that it’s actually good so that you don’t have to pretend that you liked it.

So how did How to Be Single turn out? Well, after the movie, my girlfriend asked me if I liked it and when I said yes, she smirked and said, “You don’t have to lie, but thanks for putting up with it.”

I learned two things during this movie: 1) My girlfriend can see right through my bullshit and 2) The latest trend for rom com’s is to pretend that you’re going to avoid all the tried and true cliches of this genre while you ultimately wind up succumbing to them anyway. How to Be Single makes you believe that it’s going to try and stand out from the crowd. It stars a couple of people who are both single. They meet, bang a couple of times and do not fall in love. We also have Rebel Wilson running around saying and doing Rebel Wilson things. At this point I’m cautiously optimistic.

But then things start to look painfully familiar. It turns out that neither of these people want to be single, and they start pining for relationships. Only the people that they’re lusting after turn out to be pretty horrible. The girl (Dakota Johnson) decides she wants to end her break with her boyfriend but he really only wants to use her for sex after he gets engaged to someone else. The guy (Anders Holm) concludes that his lifestyle as a player is shallow and unfulfilling and falls in love with a girl (Alison Brie) who gets engaged to Rafi from The League. It is just as ridiculous as it sounds.

There’s also a subplot where Dakota Johnson spends time with a widowed rich guy, but he pushes her away out of a desire to protect his daughter. They never have any closure and it’s just something that gets thrown in. Leslie Mann is in this movie too (as I pointed out in our Dead rankings), playing a nurse who wants to get pregnant and has to grapple with the idea that a younger guy who she likes actually likes her back. I found myself wishing that the entire movie focused on this subplot because it was actually entertaining. Yep, that’s where I was at.

In the end, it’s not clever to make a movie about people who are fine with being single because they had really bad taste in partners. That’s not complex or unique. It’s just stupid because we see that all the time in chick flicks. Had they walked away from GOOD relationships because of a valid reason? Now that would’ve been something, but that’s not what we got.

How to Be Single is your latest self-righteous rom com that thinks it’s special but is just as painstakingly dull as all the other craptastic movies of this genre. It did win me some brownie points with my girlfriend, and the fact that I can’t say anything better about it is a cliche unto itself.