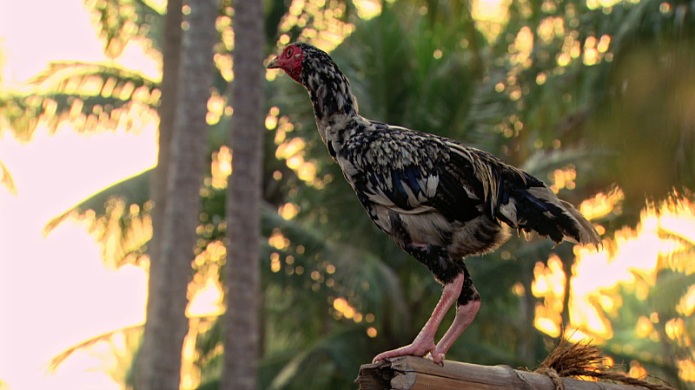 Come on in guys for my Survivor Kaoh Rong Episode 8 review where I use classic Survivor quotes to assess the latest episode.

I must apologize for the late update and for pull a Joe (disappearing) for Episode 7’s sad episode. But I am back and so are you! And so is another episode of Survivor so let’s get it started.

Alright click below before I start talking to buddha. Spoilers below.

It’s finished. Thanks for playing. I really thought a Debbie quote would win this season but alas Dan. Is. Wrong. Again! and Cydney pulled it out. It’s going to take a helluva quote to top this one.

To be honest, I’ve used that quote in every opportunity I’ve had this week. I would tell you to ask my wife to verify that but…Don’t check me boo!

Aside from quotes I did want to point out a few other entertaining things. Like this gif:

Or how I struggled to decide which header photo to go with. Look at some of my options:

I actually considered Photoshopping those two photos side by side.

And then there’s the no context hat of Cydney

And there is is Tai and his chicken

I ended up going with a photo of just the chicken because WHY THE HELL NOT IT’S MY BLOG AND YOU CLICKED ON IT SO JOKES ON YOU! Sorry…I get defensive.

Why can’t America’s favorite players be, you know, good at Survivor? First you have Rupert and well…let’s just say Rupert’s rep isn’t that swell among superfans. And now you have Tai. Look Tai is a great guy but damn did he screw up at Tribal when he revealed the truth about the Super Idol.

Maybe this isn’t Tai’s fault. Maybe it’s America’s fault. Maybe America should learn to value strategy and cunning and social game in Survivor instead of underdogs, adorableness and goodness. Come on America, get it together.

Look Cydney is my girl. Don’t check me boo. But I had my doubts she could and would pull off a Nick blindside. For one thing she had to seemingly abandon her Brawn alliance. For another she had to pull in Michele and Julia to blindside their fellow Beauty member. I’m impressed to say the least and I am rooting for this girl to go all the way.

Since I didn’t do a review last week I wasn’t able to update you all on Dr. Joe’s obvious winner’s edit. Last week Dr. Rupert came out of nowhere and took Neal from the game. What the hell? Dr. Joe must have been furious! What a blindside. I didn’t foresee Dr. Rupert coming into the game when I predicted Dr. Joe the winner. Unfortunately this does not bode well for Dr. Joe. I think it’s time we get a chopper and take his chances of winning the game away. Sorry Dr. Joe.

Speaking of a Joe who will never win Survivor, Old Man Brains Joe, (AKA the Joe actually “playing” the game) has no shot in hell. He’s disappeared faster than a dad who owes child support.

If the girls can just stick…sigh…who am I kidding? Unless they’re in the Black Widow Brigade or cast under Kim Spradlin’s spell, women never seem to stick together. Even though it feels like the audience is always rooting for an all women’s alliance. It hardly ever works out. Too bad, it could, and should, totally work out this season.

This is my island! (AKA who is running the show)

Well Cydney pulled off the big move last week but she might have outcasted herself from her Brawn alliance. Meanwhile the Beauties seem fractured between the girls and Tai. That leaves the Brains? Could the Brains possibly be in the driver’s seat? After all they have gone through? Neal’s medevac, being left for dead without his idol. Could this be the start of a comeback? No. I don’t think so. Sorry.

I would say Michele and Julia simply because they are a strong duo and there are more girls than guys. Unless Cydney can patch up her relationship with the Brawn guys.

Dammit Nick, you gave us nothing for like 6 episodes. And then the merge comes and you are ridiculous and entertaining and…no that’s not a tear in my eye, I swear…it’s sand, just sand. Just go away okay? Head on back to camp, I’ve got nothing for ya.