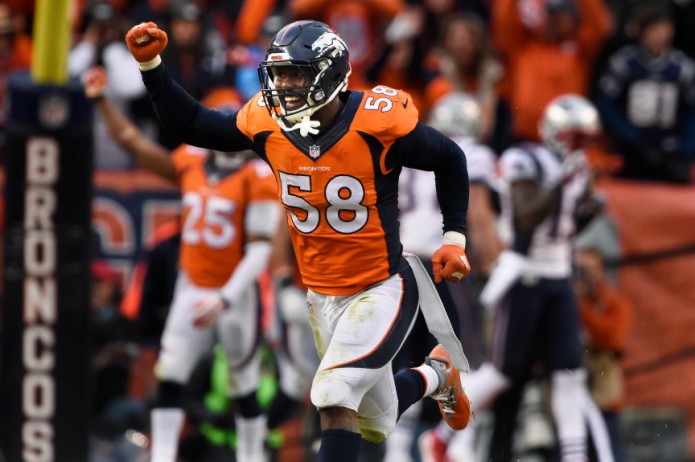 The Super Bowl is the hardest championship to win in professional sports. “Bunk!” you might say. “You have to play 162 games just to make the playoffs in baseball, or have to topple the superteam Warriors or the Lebron-led Cavs in order to win the NBA Finals.” If you said that, I would agree that you made some good points, but I’d stand by my opinion.

Sure, the NFL season is only 16 games long and at most you only have to claim four victories to get that Super Bowl ring, equivalent to a series win in other sports. Those games are hard to pull out though, people, and it only takes one bad day for everything to come crashing down. Stink out the joint in an NFL playoff game and your season is over. No game two. No series to tie or opportunities for redemption. It was this level of failure during the most crucial times that cost John Fox his job here in Denver, and why despite all of their domination over the rest of the league, the Patriots have lifted the Lombardi trophy just one time over the past 11 years.

Resigning Von Miller may have seemed like an arduous task, mostly thanks to all of the silly and media manufactured drama, but it’s a day at the beach compared to what it will take for the Broncos to be back-to-back champions.

This isn’t me echoing the asinine hot take that the Broncos are in for a steep decline. I don’t believe for a second that the defending champs won’t enjoy another highly competitive season or make it hard for the other teams to knock them off the top of the mountain. The Broncos boast one of the deepest and most talented rosters in the game, no question. Nor is the leadership or competitive fire of this team up for debate. Those qualities were on full display last season, but winning a Super Bowl is about more than being good enough or having the required amount of intestinal fortitude. Often times, it simply boils down to good fortune.

The Broncos managed to outlast the Steelers in the divisional round of the playoffs last year, but maybe that doesn’t happen if Antonio Brown and Le’Veon Bell play in that game. Denver’s defense is largely credited for leading the team past the Carolina Panthers, and maybe that’s not surprising when you consider that every starter on the NFL’s top unit was healthy and able to participate. And in case you think this is only about injuries, well, if Miami doesn’t beat New England in the regular season finale, then the AFC Championship takes place in Foxborough instead of at “Insert Company Name Here” Field at Mile High.

Make no mistake, the Broncos earned that Super Bowl and no one can ever take that away from them, but they also got a few breaks along the way. The frustrating thing is that you can’t win that ring without being a little lucky, but you have absolutely no control over when the breaks come or if they’ll benefit you or not. Much like in life, you just have to put the work in and hope for the best.

And this team will put the work in. The defense has a giant chip on its shoulder, because despite all that they’ve accomplished, they still don’t receive the recognition that they think they deserve. C.J. Anderson has been told he’s not a top running back, even after the Broncos gave him a new contract that labels him as just that. Demaryius Thomas is out to prove that his hands aren’t made of stone and Mark Sanchez is down to perhaps his last chance to be a starting quarterback. If you think these Broncos aren’t a little pissed off and won’t be playing with a sense of urgency, you have another thing coming.

There’s plenty of motivation to fuel the fire at Dove Valley and Gary Kubiak will keep his team focused and sharp when training camp starts next week. He’s well aware that the Broncos have a target on their back, and will receive the absolute best shot from each and every one of their opponents. That’s the caveat to winning a Super Bowl and another reason why going back-to-back is one of the rarest occurrences in sports.

The challenge that they face will be taxing, but I don’t think the question we should be asking is, “Can the Broncos repeat as champs?” They have the right stuff to pull it off, as laborious as that will be. The real question at hand is, “Can the Broncos avoid the pitfalls that could do them in on their quest for consecutive titles?” Injuries. Wins and losses by other teams. Playing your worst game at the absolute worst time.

We know that the football gods smiled down fondly on the Broncos last season. We shall see if they love the champs enough to make it last for another one.