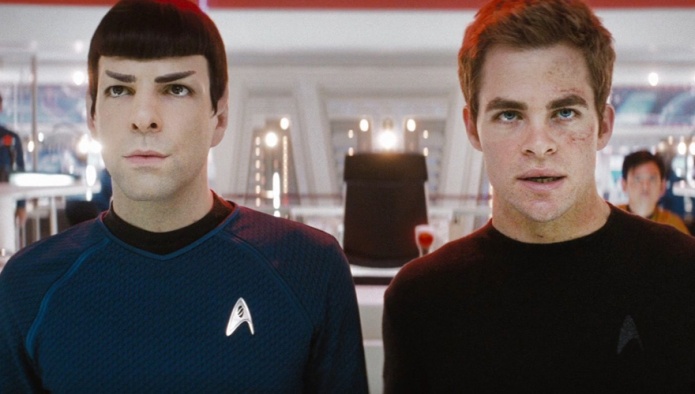 Before 2009, Star Trek was about as cool and hip as a pair of men’s jorts or New Balance sneakers. It wasn’t something you admitted to liking if you ever wanted to get lucky with a girl. As a wrestling fan, I can identify with this. And like wrestling, Trek has a massive cult following of fans who may be unlucky in love but damn it, they are passionate about it and that’s never going to change.

Then J.J. Abrams showed up and made Star Trek… cool? A lot of people who normally wouldn’t have given Trek the time of day, including yours truly, found themselves completely immersed in Abrams’ 2009 reboot of the iconic nerd franchise. This accomplished two things: 1) It established Abrams as one of the most reliable blockbuster directors in the game and 2) Forever earned him the ire of hardcore Trekkies who resented him for altering something they loved in order to make it more accessible to general audiences.

To those Trekkies, I’d like to respectfully request that you give Abrams a break. He gifted us an entertaining movie series that is still going strong to this day and you guys still have all the old films and TV episodes to cherish and worship. Don’t you see? This was a win for all of us!

Now I can’t really explain why I never really got in to Star Trek. I love science fiction. Mass Effect is my favorite video game trilogy of all-time and it contains many of the same elements and qualities that Trek fans would find familiar: space exploration, developing relationships with your crew and safeguarding the galaxy. So why didn’t Trek ever resonate with me? Maybe it’s because I liked Star Wars first and growing up I was conditioned to learn that you can’t like them both. I have no clue.

I can however recognize a compelling movie when I see one and Abrams’ Star Trek is powerfully irresistible in surprising ways. Maybe it’s because the script ratcheted up the humor and provides only what you need to know about space and time. Perhaps it’s the subtle nods to classic Trek lore that don’t get in the way of making the characters seem fresh and unique. It could even be the thrilling action sequences that are in no way hampered by Abrams’ reliance on lens flare, regardless of how much people gripe about that.

When you get right down to it though, Star Trek succeeds as a film because it presents two heroes who couldn’t be more different and forces them to resolve their differences in order to form a cohesive unit. In other words, this is your standard buddy cop movie that just so happens to take place in the Star Trek universe. Chris Pine’s Kirk is arrogant, defiant and unorthodox, whereas Zachary Quinto’s Spock masks his underlying rage with logic and reason. Kirk would argue that the ends justify the means while Spock would object to doing anything if it’s not by the book. Raise your hand if you’ve seen this movie before.

It is certainly not the most original idea, but Star Trek doesn’t function as an action movie without that dynamic. And at the end of the day, people, that’s what we have here. An action movie. Sorry to all Trekkies who were looking for something different or more closely tied to the spirit of the original series. If you want two or more hours of people exploring new worlds or boldly going where no one has gone before, check out Interstellar or The Martian. No one will judge you because those are pretty good movies too.

I believe one of the reasons that Abrams is entrusted to reboot some of these beloved properties (he worked similar magic on Mission Impossible and Star Wars) is that he excels at utilizing familiar tropes and archetypes without allowing them to bog down his film in cliches and mediocrity. Yes, you probably have seen this before, but you’re enjoying the ride to the point where any present cliches are rendered inconsequential. Audiences have a blast, studios feel comfortable relying on proven formulas and Abrams gets to focus on making his movie fun without having to worry about tiresome themes and concepts.

Basically, if it ain’t broke, don’t fix it. Since I’m not a fan of anything Trek related other than this film series, I can’t say that it needed fixing anyway.

But it sure as hell is a good time. When you want your movie to have commercial appeal, having a good time tends to be the most important thing.