100 Movies Bucket List was a poster given to Jesse by his sister on Christmas 2019. We are committed to watching all of these movies and writing about them. We have no idea how long this will take. What even is time during the quarantine? And sometimes, these posts will include spoilers. Just a friendly warning from two friendly guys.

The 2016 film Moonlight is not just a character study of a young black man growing up in the streets of Miami working through his identity and sexuality. It does more than show his life and his struggles, it actually takes on the personality of the protagonist. The film, much like Chiron, is soft-spoken and pensive, layered with love but with a growing aggression boiling beneath the surface.

Midway through the film that aggression bursts through with a violent act that, in a traditional story structure, would be the climax of the film. However in the deft hands of director and writer Barry Jenkins, the real climax comes in a late scene and is accomplished entirely through dialogue.

The climax coming through dialogue only works because the real beauty of the film is its subtlety. Each cut, each word, and each moment is meaningful and succinct. This is not your typical critical fodder attempting to cash in come award season. Typically films that are upper case IMPORTANT and TRANSCENDENT go out of their way to be as long and drawn out as possible. Moonlight stands out from that way of thinking and proves that a movie can be tragic, lovely, and IMPORTANT without the fluff.

At just under two hours, Jenkins manages to take the audience through the life of Chiron  from bullied adolescent to withdrawn teenager to successful drug dealer. The transitions are smooth and timed perfectly. Just as you think you are understanding Chiron he grows up and changes in ways you didn’t expect. Broken out in chapters based on his nickname at each point in his life (Little, Chiron, Black), and played by three different and remarkable actors, we see the subtle growth of a young man trying to figure himself out. From a skinny, scared child to a muscular drug kingpin, the only trait carried form youth to adulthood is his uncertainty about his own identity.

The direction of Jenkins is best represented by how the three actors portrayed Chiron at different stages in his life. The transition from Alex Hibbert (“Little”) to Ashton Sanders (“Chiron”) and finally to Trevante Rhoades (“Black”) could have been jarring or confusing but these three actors, and Jenkins direction/trust, did a remarkable job losing themselves in Chiron so much that it feels like a natural growth of the character.

Rhoades especially stands out as he had the toughest job of them all to transition Chiron from a scared teenager with an identity crisis to a tough guy masking his insecurities with bravado. Rhoades’ ability to show the scared child in his eyes while walking around with a veneer of a tough guy is remarkable and represents the pains that “outcasts”, especially gay minorities, will go to to fit in or not to be bothered.

Moonlight’s beauty comes from what is unspoken, Jenkins trusts the audience to fill in the gaps based on subtle glances and body language. A trust he can bestow because he carefully constructed a multi-layered loving, tragic piece of art with perfect pacing. It’s akin to reading poetry or listening to a song, it’s best to watch it for yourself and, like the moonlight on your face on a cloudless night at the beach, let its beauty sink in. 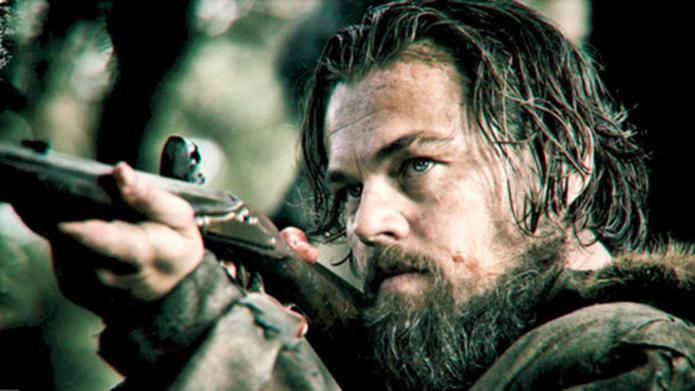 Leonardo Dicaprio’s quest for an elusive Academy Award has become somewhat of a running gag. Despite turning in one great performance after another and being nominated for an Oscar on a number of occasions, Leo always gets robbed by the Academy. It’s gotten to the point where this is a real conversation that takes place between Kevin and I.

Kevin: Which one is that again?

Sad, I know. But you know what, it doesn’t matter if Leo gets overlooked yet again on Sunday for the recognition he rightfully deserves. Hit the jump to find out why.  END_OF_DOCUMENT_TOKEN_TO_BE_REPLACED