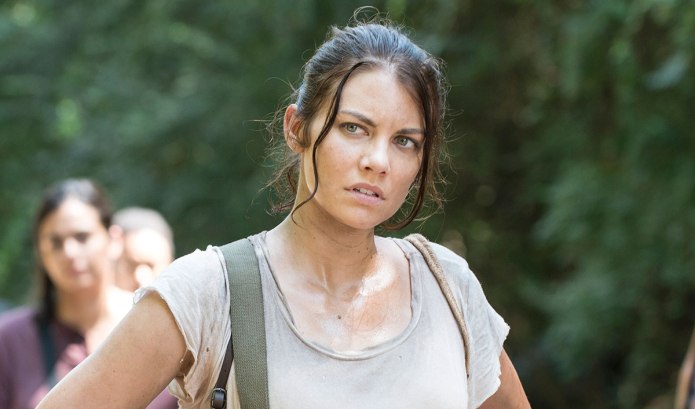 Every week Jesse and Kevin provide rankings based on who we think will die next. The further down the list, the more likely they are to die. We give ourselves points based on where the character is on our list. For instance, if Rick dies this week then Kevin will have four points and Jesse will have two points.

Last week, no one died. Not even that random guy in the hospital being treated by Gray’s Anatomy.

This week Kevin shows off his Latin skills and somehow fits in references to Twilight, A Beautiful Mind and  The Avengers Age of Ultron. Meanwhile, Jesse has a bold proposal and races to finish his half before the new episode starts. Will he make it?!!!!

END_OF_DOCUMENT_TOKEN_TO_BE_REPLACED

The city is flying, we’re fighting an army of robots and I have a bow and arrow. None of this makes sense, but I’m going back out there because it’s my job. And I can’t do my  job and babysit. It doesn’t matter what you did or who you were… If you step out that door, you are an Avenger.

I want you to take a moment to appreciate how far we’ve come. Three years ago, the mere concept of an Avengers movie was completely preposterous. Six different heroes stuffed together in the same picture with a little over two hours to tell the story? Yeah, right, that will never work.

Flash forward to May 2015 and not only has Marvel proven that it does work, but now shared-universe films are all the rage in Hollywood. DC is fast-tracking its own cinematic universe by throwing Batman and Superman together in a live-action movie for the first time and hoping for the best. Disney believes it can recreate Marvel’s magic with Star Wars and already a new trilogy and numerous spinoffs are in the works. What was once groundbreaking and innovative has become standard operating procedure at every major film studio, and while the novelty of an Avengers movie may not have the shine that it did three years ago, there’s no denying that seeing our heroes band together on the big screen remains an outrageously good time.

So be sure to soak it all in and remember how fortunate we all are to see such a healthy marriage between different mediums. And while Avengers: Age of Ultron may not exceed its own lofty expectations, it wasn’t for a lack of trying. I mean holy cow, they threw everything but the kitchen sink to try and raise that bar again.

END_OF_DOCUMENT_TOKEN_TO_BE_REPLACED

With Avengers: Age of Ultron now available in theaters everywhere, Kevin and I thought it would be fun to rank all of the previous films from Marvel Studios and decide what is truly the best of the best. That part was easy. The hard part was going back and actually watching all of these movies again. Do you have any idea what kind of toll that takes on you? Kevin is pretty much an insomniac now and I’ve been sick for over a week. Can’t shake it.

That being said, it was a good time setting all of this up and a reminder of just how far the movies have come. We hope you appreciate it though, because it is extremely doubtful we will ever be doing this again. You know, until Captain America: Civil War comes out next year… just kidding, Kevin. Or am I?