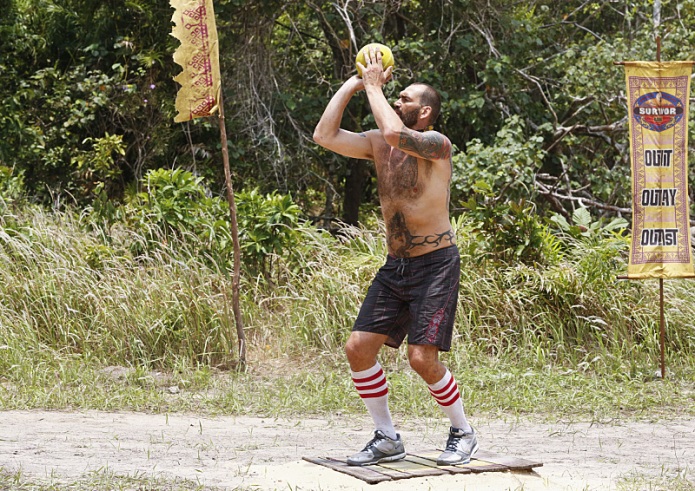 Come on in guys for my Survivor Kaoh Rong Episode 6 review where I use classic Survivor quotes to assess the latest episode.

People are often perplexed about my love for Survivor. They think this makes me a strange, reality TV obsessed, obnoxious and terrible person. They don’t respect the show as real TV entertainment, instead they believe it to be dramatic garbage that isn’t worth anyone’s time or brain cells. Obviously these people are wrong and I’m going to use this most recent episode as an example that this show has real character driven depth.

Survivor is a massive beast to edit. You have 24 hours of 39 days recorded by numerous cameraman, catching every little conversation that is going on between 18 ish players. That’s nearly 1000 hours of footage that they need to whittle down to about 14 hours of entertainment. Talk about an overwhelming job.

Which makes this last episode even more amazing. Through the first five episodes of the season we were given three very strong and important characters in Tai, Debbie and Jason. They had the most confessionals and seemed to be having the largest impact on the game. This last episode the editors seemingly turn it over to their JV squad. We learned a lot about Nick, Michele, Julia and Aubry, players that were invisible as of last week. And they managed to make them entertaining and compelling television. Now going into a presumed merge next week, we have mostly fleshed out characters in everyone besides maybe Joe. This isn’t reality TV garbage, this is damn good storytelling.

Alright click below to continue reading and I promise to tell you about my modeling days. Spoilers below.
END_OF_DOCUMENT_TOKEN_TO_BE_REPLACED

Alright, find a clue, then find a box and then climb a tree and grab a key and then do a happy dance and then open the box to read what I have to say about this week’s episode. Or just click below. Whatever works. Oh and much like Debbie’s cats there are about 40 spoilers below.
END_OF_DOCUMENT_TOKEN_TO_BE_REPLACED

Come on in guys for my Survivor Kaoh Rong Episode 1 review where I use classic Survivor quotes to assess the latest episode.

You might recall that I previously wrote about Survivor during the mostly controversial season of Worlds Apart. The emotional baggage behind that season was so intense that I decided to take a break for Survivor Cambodia. And now, in the spirit of Cambodia, I am giving this column a second chance. Will the column step up and seize the opportunity like Jeremy? Or will it be super creepy and fail like Vytas? Let’s find out.

13 episodes, 3 months, 1 sole Survivor blog…Sorry I apologize for that. I’ve always wanted to do that.

Alright, go ahead and take the cap off the pen and click below. Oh and watch out for spoilers crawling into your ear.
END_OF_DOCUMENT_TOKEN_TO_BE_REPLACED